Is there no end to the arrogance, the blind arrogance, of the promotors of abortion here in the United States? But it is not only their arrogance which astounds, or their apparently wilful blindness. It is their determination to blatantly hoodwink and deceive.

But deceit has always been at the heart of abortion. The deceit stretches from the denial of the simple truth that a life is a life is a life, all the way to the litany of deceits which gave this country the Roe v Wade judgement and the media manipulation of events surrounding the tragic death of Savita Halapanaver which brought Ireland into this evil empire

In many ways this new wave of deceit has something of the flavour of desperation about it. As they see the increasing momentum of the swing away from their cause among moderate voters, the majority of whom now do not want the extreme provisions of abortion up to birth – and even beyond – they are now telling bare-faced lies to push their case.

As the body of scientific evidence mounts, destroying the lie that the the child in the womb is no more than a clump of cells, and as the rational and emotional recognition of that lie increases, their desperation grows.

Their latest fiction goes well beyond the category of fake news, so far beyond it that one wonders what kind of malaise must be affecting the deductive mental processes of those advancing it. And it seems to be an infectious disorder.

Lawrence Tribe is a Harvard law professor. He has tweeted the following “warning” to his followers:

White Supremacists oppose abortion because they fear it’ll reduce the number of white infants and thus contribute to what they fear as non-white “replacement.” Never underestimate the way these issues and agendas are linked. This turns “intersectionality” on its head.

Whatever about ‘intersectionality”, one is really left wondering where his head is.

Ignoring the fake categorisation of all conservative-leaning Americans with the ugly “white supremacy” label, this is a patently absurd reading of the real demographics of the US.

Obianuju Ekeocha and others took him to task on Twitter and he began to protest about being misread. That added to the mystification and deepened our concerns about his capacity to make any judgement.

A black baby is 2.7 times more likely to be aborted than a white baby. 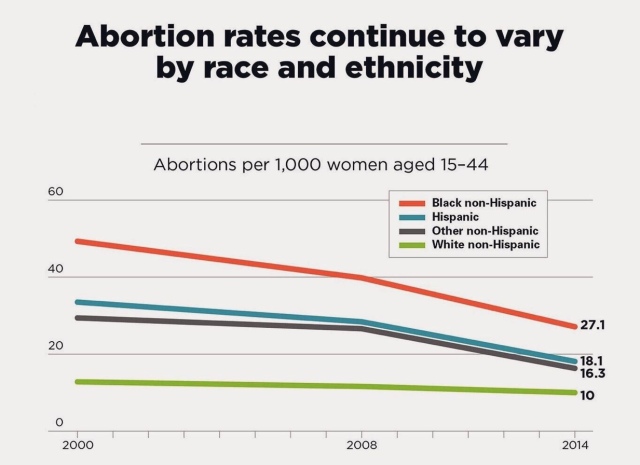 However, their name is legion, and in support of Tribe, Marissa Brostoff in a Washington Post column last week came in behind him with the view that “antiabortion politics” can provide “cover for white nationalist sentiments.”

William McGurn sees a wider strategy behind this bizarre linking of the pro-life movement to a repulsive minority ideology. It is all about Trump and the next general election here.

Writing in the Wall Street Journal this week he suggests that their strategy may be something different – instead of blindness, what thy have is 20/20 vision. They think that by tarring pro-lifers with white nationalism they will distract attention from the agenda the Democrats have rallied around as they head into 2020. That agenda would include federally funded abortion on demand up to the moment of birth—and even after birth, if necessary.

But, he says, the pro-life proposition is nothing if not simple: Human life begins at conception, and every human life is equal in dignity and worth. Whatever else it might be, it is incompatible with white supremacism. Perhaps, he suggests, that’s why so many African-Americans, especially African-American women, have been leaders in the pro-life cause.

Mildred Jefferson, the first African-American woman to graduate from Harvard Medical School, was a founding member of the National Right to Life Committee. Kay James, now president of the Heritage Foundation, founded Black Americans for Life. Before he ran for the Democratic presidential nomination in 1984, Jesse Jackson spoke of abortion as “genocide.”

Black pro-lifers, alas, are treated as if they don’t exist. Quick example: How many outlets even reported the National Day of Mourning that concluded this past Saturday with a prayer service in Birmingham, Ala., for all the black lives lost to abortion? One of its leaders was Alveda King, a niece of Martin Luther King. Another was Catherine Davis of the Restoration Project, who notes that the estimated 20 million black abortions since Roe v. Wade in 1973 are more than the entire African-American population in 1960.

But facts don’t matter these days; narratives do, even when they are absurd. So when Ms. Brostoff went looking for a living example of white supremacy hiding behind a pro-life mask, she found author J.D. Vance. If Mr. Vance is a white nationalist, he sure stinks at it: As he noted on Twitter , he has a “bi-racial family and non-white son,” and he wrote a book, “Hillbilly Elegy,” chronicling not white superiority but white dysfunction.

By contrast, who was it who said frankly that the Supreme Court legalized abortion in part because it was concerned about “growth in populations that we do not want too many of?”

Ruth Bader Ginsburg has tried to walk back her remark because of its plainly eugenic implications. But that’s the point. Eugenics have been used to justify abortion from the start. It wasn’t Mr. Vance who worried the “more rebellious members” of the black community might start thinking “we want to exterminate the Negro population.” It was Planned Parenthood founder Margaret Sanger, speaking of the Negro Project—a campaign to get African-Americans to have fewer children.

I think that what McGurn is talking about with Gerard to RBG is referenced here.

Contrary to this twisted pseudo-liberal narrative, McGurn points out how close the pro-abortionists are to the hard-core white supremacists. He cites a post on AltRight.com, where someone writing under the name Aylmer Fisher warns against “the pro-life temptation,” because abortion helps weed out “the least intelligent and responsible members of society,” who are disproportionately “Black, Hispanic and poor.”

Ditto, he says, for Richard Spencer, the white nationalist who in May 2017 led protesters carrying torches and shouting “you will not replace us” after the Charlottesville, Va., City Council voted to remove a statue of Robert E. Lee from a downtown park. Unlike pro-lifers, who want to be “radically dysgenic, egalitarian, multi-racial human rights thumpers,” Spencer says, “we want to be eugenic in the deepest sense of the word.”

Whether this is driven by a desperation bred of wilful blindness in the face of a rising sun of truth – the incontrovertible truth that the child in its mothers womb is a living human being sharing the beating of its mother’s heart until its own can begin to sustain it – or a callous and lying political strategy or a strategy, surely this will fail.

Why? Because, as McGurn says, calling a spade as spade:

Against these white nationalists stand the pro-lifers, and not just on behalf of African-American babies. They also speak for the unborn child with Down syndrome, for the child conceived in rape or incest, for the unplanned pregnancy that will undeniably crimp any career plans a mother might have if she carries the baby to term. These are all hard cases, and the clarity of the pro-life proposition—the insistence that each of these lives is no less precious than any other human life—can make for a difficult political sell.

But no pro-lifer ever said life is easy. We say life is beautiful.