This silly posturing by the Irish Government on the Cloyne Report is an embarrassment to us all. They have succeeded, and in particular Enda Kenny has succeeded, in his over-the-top rhetoric in his so-called “historic” speech in Dail Eireann, in turning a local tragedy into a full-blown international diplomatic brouhaha. The Vatican is not a central player in this matter – nor did the Cloyne Report make it so. Mr. Kenny did. He did so on the basis of a more inept misreading of the ambiguously interpreted 1997 letter from Cardinal Castrillón Hoyos than even the Cloyne Report was guilty of. 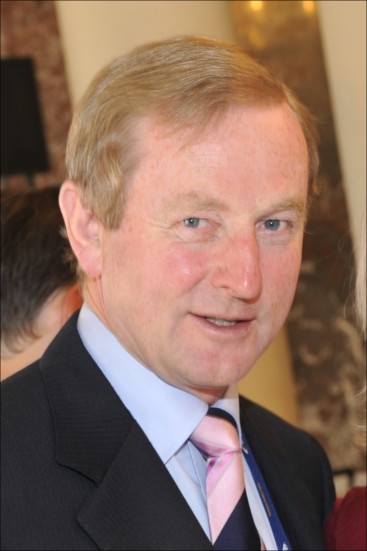 This whole thing is somewhat reminiscent of the rhetoric of the IRA when they held the British Government responsible for the atrocities they perpetrated in Northern Ireland over the last decades of the 20th  century.While they were proclaiming themselves as freedom fighters they were simply compounding all the alienation between the two Northern communities which was the real cancer there. Instead of addressing the real and tragic sources of conflict, they exploited that tragedy to pursue their own anachronistic nationalist ideology.

Mr. Kenny has now succeeded in turning the tragedy of the destruction of children’s lives into a weapon which other ideologues can use to further their barely concealed anti-catholic venom.

Historic speech? I think history will in years to come view this speech as just a piece of ill-judged folly. More than one commentator has noted the hand of a not very competent speech-writer behind it, and clearly a speech-writer with an ulterior agenda. It might have been a good speech; it might have been a just speech; it might even have been a speech which would have deal a severe body-blow to the clericalism which has bedevilled this country since Catholic Emancipation in the early 19th century. But it wasn’t.

The leader of a country can very usefully reassert the principles of independence and sovereignty which serve the common good of a nation. But it should be done with the dignity worthy of a people. It should be just and truthful.  As it was it was neither clever, competent nor just. It misunderstood what the Church is and it misunderstood even the incompetence of the role which some of the Church’s servants have played in this tragedy. It was angry but its anger smacked of little more than that of a spoiled child.

Bishop Fulton Sheen once said “There are not one hundred people in the United States who hate the Catholic Church, but there are millions who hate what they wrongly perceive the Catholic Church to be.” Enda Kenny surely added to the number of people in Ireland today who hate the Catholic Church for the very spurious reasons which he has presented them with. The bag of supporting letters he boasts of would seem to suggest so anyway. By failing to distinguish between errors of individual administrators in the Church, serving the Church badly, and the Church itself, which – in spite of the incompetence of some and the crimes of others – gives witness of heroic sanctity and apostolate throughout the world, he has done no service to anyone. Least of all has he served the victims of abuse who in truth will only find true healing of their wounds in that very Fold which he so intemperately excoriates.

A reading of this whole situation has been put to me by a friend from across the Atlantic. It sums up the fine mess we have got ourselves into as follows.

“From over here the reasoning seems to be:   the Irish government is upset at the Vatican because it didn’t make the Irish bishops take action.  The bishops, in turn, didn’t take action because they thought it was not what the Vatican would want.  The behavior of those who committed these actions would be considered illegal no matter where they took place.  So why didn’t the Irish government bring charges against the individuals involved when they found out about these actions? Forget about the hierarchy’s response.  Is the hierarchy running the government?  Is Ireland ruled by the Catholic Church?

“I would answer my question by saying that a clerical mentality pervades both the Church and the laity (Irish government).  The behavior was covered up or excused for the reason of not causing scandal.  Instead, by covering it up, an even greater scandal develops.  If these cases were dealt with by the criminal justice system as they arose, that would have served as a deterrent to further such cases.  But the inaction only allowed them to spread.  The bishops should have disciplined right away.  And the government should have acted earlier. “

The world looking at Ireland today can hardly be very edified by any of the local protagonists in this drama. Clearly, it’s not just our financial credit rating that is at junk level. Our general governance rating, civil and ecclesiastical, is also languishing with the junk.

8 thoughts on “LANGUISHING WITH THE JUNK”