There is a very interesting post in MercatorNet’s Demography is Destiny blog again today. It focuses on a generally uncritical review in The Guardian of a new book by that famous doomsayer from the Sixties, Paul Ehrlich.

Really?  The Daily Telegraph calls that particular bluff in its look at some of his predictions. There, on April 26,Tom Chivers gives us a taste of their accuracy: 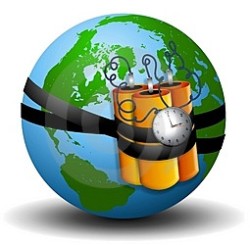 “1) “The battle to feed all of humanity is over. In the 1970s hundreds of millions of people will starve to death in spite of any crash programs embarked upon now. At this late date nothing can prevent a substantial increase in the world death rate,” he said. He predicted four billion deaths, including 65 million Americans.

What actually happened: Since Ehrlich wrote, the population has more than doubled to seven billion – but the amount of food per head has gone up by more than 25 per cent. Of course there are famines, but the death rate has gone down. I don’t think a significant number of Americans have starved.

2) “The train of events leading to the dissolution of India as a viable nation is already in motion.” India was doomed, and should be left to die in a “triage” system that would concentrate resources on those places that can be saved.

What actually happened: The Green Revolution, a series of technological and agrarian advances led by a man called Norman Borlaug, transformed our ability to produce food. These techniques were introduced to India by one Prof Monkombu Swaminathan. “They [Ehrlich, and Paul and William Paddock, authors of Famine: 1975!] said Indians, and others, were like sheep going to the slaughterhouse. They’ll all die,” Swaminathan told Gardner in an interview. But thanks to Borlaug, Swaminathan, and human ingenuity, India is now one of the few countries with a booming economy, and is a net exporter, rather than recipient, of food aid. But if Ehrlich’s and the Paddocks’ advice had been followed, there could have been tens of millions of deaths, says Swaminathan.

3) “By the year 2000 the United Kingdom will be simply a small group of impoverished islands, inhabited by some 70 million hungry people … If I were a gambler, I would take even money that England will not exist in the year 2000.”

What actually happened: I’m not hungry. I just ate. Are you hungry? Were you hungry in 2000, especially? Does England exist?”

What is wrong with us? How do these people get away with it?