THE black poet Benjamin Zephaniah has been recalling this week that he turned down an OBE 10 years ago because mention of the British Empire reminded him of slavery, and such other nasty imperial deeds. But, look, there were also some pretty good aspects of the Empire. The lot of women particularly improved: the Empire helped to stop suttee in India (when a widow was compelled to die on the burning pyre of her husband’s corpse), restrained honour killings in Asia, and supported measures to stop foot-binding in China.

When orders of Roman Catholic nuns such as the Medical Missionaries of Mary started hospitals in Africa, they received material and moral support from the institutions of the Empire. In some parts of Africa, twins were considered “unlucky”; enlightened British rule helped change that notion.

Not long ago, a study showed that in around 1900, one third of those running the Empire were Irish. One of the attractions of British imperial rule was that it was religiously tolerant, and jobs and postings were available through merit, not via old-school ties. You didn’t have to be posh to be governor of Ceylon: you had to be clever, uncorrupt, and a good administrator.

No need to be ashamed of “Empire” in the OBE.

This tells the story of decline:

But was it “decline and fall” or “decline and legacy” – where ultimately the legacy was far more important and influential than the decline? For example, this… 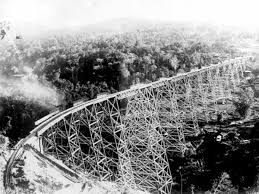 And this… just yesterday: