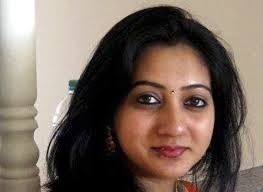 The jury in the Savita Halappanavar inquest in Galway, Ireland, today returned a medical misadventure verdict based on systems failures and deficiencies in the medical management of Ms Halappanavar. Among the nine recommendations the jury made was that the Irish Medical Council should draw up clearer Guidelines.

“We welcome all the recommendations from the inquest, including the call for Guidelines providing clarity for doctors in relation to medical interventions for women in pregnancy, which may result in the unintended loss of the baby,” she said.

Dr Kiely described as “little short of shameless” the manner in which those seeking the introduction of abortion legislation based on the X case ruling have exploited the tragic death of Savita Halappanavar all along, claiming that the failure to bring in such legislation was what led to Ms Halappanavar’s death.

“It is now clear from the facts presented at the inquest,” Dr Kiely stated, “that a number of what the inquest terms ‘systems failures’ and communications shortcomings significantly delayed the moment at which the medical team recognised the seriousness of her condition and carried out the appropriate medical intervention.”

“It is disturbing,” she said, “that those calling for abortion legislation never point out that no medical evidence whatsoever was heard in the X case.”

“The recent Oireachtas hearings, however, heard unanimous and authoritative evidence that abortion is not a treatment for suicidal ideation. Not only that, but the international evidence shows that legislation based on mental health and suicide grounds has invariably led to abortion virtually on demand.”

Dr Kiely acknowledged how difficult and upsetting the experience of the Inquest must have been for Savita’s husband, Praveen Halappanavar. “I hope that the manner in which the Inquest was conducted has brought clarity to the events which led to the tragic death of his wife,” she said.