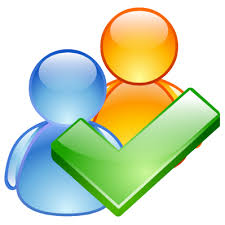 A letter in today’s Irish Independent tells us that “there is insufficient moral consensus in Ireland to ground consideration of the country’s future.”

“The clash of antagonistic wills,” Philip O’Neill writes, “evident in the abortion debate and in current discussion of what to do in Syria or with our economy, often parades as rational debate, leaving us with little more than intensified divisions.” So far so good. Certainly, a lot of parading, a good deal of intensity and deep, deep division. Parading is clearly a sham but intensity and division are no bad things in themselves. Fear and loathing of both, which O’Neill seems to harbor, may well be harmful if they lead you to some of his conclusions.

“The continuing drift away from the church”, he writes, “is perhaps the most telling change. However, this is not indicative of a new paganism but a justifiable expression of dissatisfaction with a form of religion that had become radically focused on itself. Even the priests express unease at the church’s sometimes neurotic fear of the slightest shift from fidelity to its programme.”

I think we are dealing with more than the “slightest” shifts in contemporary Irish Catholicism here. If the utterances emerging from some of the followers and sympathesiers of the Ascociation of Catholic Priests are anything to go by, a good few Protestants are more in tune with orthodox Catholicism than with this kind of “fidelity”.

Who ever said morality was about consensus? Well, sadly, a lot of people did – and that is where the radical divide lies. The Catholic Church’s teaching will never be developed or defined by consensus. It is a given – by God – or it is nothing. Otherwise we will just be indulging in another bit of democratic groping for the truth. Mankind in human society deepens in its understanding of the revealed truth down through the ages. That is very different from a process of consensus.

There is no doubt but that a search is involved if we are to know the Truth. But is is not to be found in consensus. It will be found in the way and in the spirit which Pope Francis’ encyclical, Lumen Fidei, suggests when he quotes Saint Irenaeus of Lyons who tells how Abraham, before hearing God’s voice, had already sought him “in the ardent desire of his heart” and “went throughout the whole world, asking himself where God was to be found”, until “God had pity on him who, all alone, had sought him in silence”.

One thought on “A letter in today’s Irish Independent”