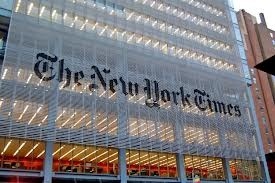 The real story revealed by the brouhaha over “that” interview is what it tells us about much of the international secularist media and it’s take on the Christian message. The interview is a moving and penetrating reflection on that message, our response to it, and ways in which we might be transmitting it to each other. For the media, deaf and blind to the spirit which moves the man who gave it, it was about obsession with sex.

In 12,000 words, about 18 pages printed out, the Pope mentions abortion and homosexuality a total of three times. As has been pointed out, a search for other buzzwords shows that Pope Francis referred to God 37 times, Jesus 26 times and St. Ignatius 15 times. As Word On Fire’s Fr. Steve Grunow said on American radio, “Pope Francis referred to Italian and German opera more than he did abortion and homosexuality.”

Wake up! There is no obsession with sex in the teaching of the Catholic Church. What there is, however, is an obsession by the media with the teachng of the Catholic Church on human sexual behaviour. This is plainly because the consensus on this realm of human behaviour within the media generally is deeply resentful of the Christian understanding and teaching on the nature and purpose of human sexuality.

The media pursues this obsession by reporting incessantly on every utterance from the Church on the subject, every sign of any rebellion or resistance to it inside the Church, to the exclusion of the rest of the entire corpus of its teaching on the Decalogue. It would be unfair if the Pope were to blame his bishops for an obsession just because the media grossly distorts the balance of everything they teach, from pastoral letter to pastoral letter, from homily to homily, day after day, year after year. He hasn’t, and they are adding to their distortion by putting words into his mouth. If anyone has a case to answer about obsessions, it is the media.

Kathryn Jean Lopez – in a rare exception in the flood of coverage on the Pops’s interview – points out in a piece she wrote for Fox News that not everything in the world is about sex and politics. That message may take the Irish Times, The New York Times, the BBC, among many more media prganizations, a few more homilies and interviews with Pope Francis to understand. As Shelia Liaugminas concludes on her blog on MercatorNet, “The Catholic Church – or at least those preachers and teachers who are outspoken on matters concerning human sexuality, especially when catechetical discussions are turned into clashes in the public square for political or cultural reasons – is often accused of being obsessed with sex. But the obsession might just be the media’s.” I dont think there is any “might” about it.