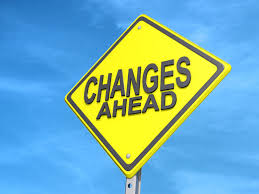 There is more good news for the disenfranchised Irish in today’s Sunday Independent (Dublin).

The paper reports that the Reform Alliance, initiated by the members of the Irish parliament expelled for voting against abortion for reasons of conscience,will stage its first rally rally this month as it seeks set out its principled stall in the political arena.

The Alliance, the paper tells us, has been secretly planning the event – scheduled for January 25 – over the past two months away from the glare of the media spotlight.

“We thought, ‘New Year, new political ideas’. The timing seems right,” Ludinda Creighton told this newspaper last night. She added: “This is not about any one individual, but about being a vehicle for new thinking.”

There will be no shortage of snipers ready to try to take down this brave effort to put integrity back into Irish public life. The online comments with the Indepandent’s story offers plenty evidence of sniper activity. The left-liberal alliance is not going to sit around but will be out with all guns blazing. This movement is anchored on principles – honesty, respect for the truth, trust, sincerity and loyalty. The actual debate is something else. Let us all first agree on the principles. The rot in Irish political life is not in the policies primarily. Any rottenness there comes from the rot in the minds and hearts of those at the head of the political machines colluding in the system. Reform, radical reform at this deepest level is what is necessary. Reform the roots and the branches will flower.

One thought on “More good news for the disenfranchised Irish”