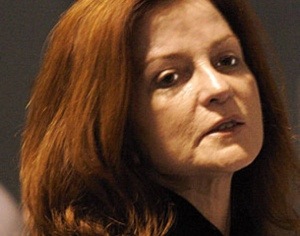 I noticed the headline of a Maureen Dowd New York Times column on April 22 last. It was her lapsed Catholic effort to put a dent in the shocking display of veneration for the two popes canonised on Sunday. ‘A Saint, He Ain’t’, it declared, referring of course to St. John Paul II.

It was nothing out of the ordinary, I thought, in the context of Ms. Dowd’s anti-catholic oeuvre. It simply threw all the mud she could find, all the calumny, detraction and misinformation she was able to recycle at both the Church and the late Pope. It was par for her course.

What really surprised me, however, was what appears to have been The Irish Times decision on this column. Dowd’s columns are syndicated and appear weekly in the Dublin paper. Not this one – or if it did it slipped under my radar. Even this was too anti-catholic for the Townsend Street bigots. Or was it that they just couldn’t face the prospect of another surge to the lifeboats by outraged Catholic readers which just might be the final one to sink this dangerously listing vessel.