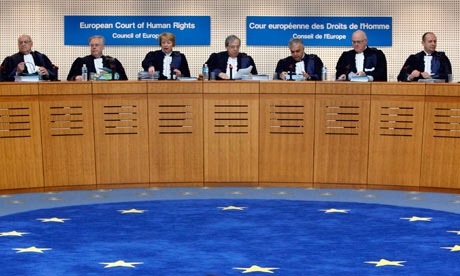 There is no fundamental right to same-sex marriage says European Court of Human Rights.

From the Iona Institute:
A couple of years ago, former Tanaiste and Labour party leader, Eamon Gilmore, described same-sex marriage as “the civil rights issue of this generation”.

The Strasbourg court is the same one that found Ireland’s law on abortion violated the Convention and helped pave the way for the ‘Protection of Human Life In Pregnancy Act’. Therefore, the court cannot be accused of being conservative.

The Court, in the case of Hämäläinen v. Finland, Application no. 37359/09, reaffirmed that the European Convention cannot be interpreted “as imposing an obligation on Contracting States to grant same-sex couples access to marriage”.

The Court had previously found that no such right exists in the Convention. This time it went further and explicitly stated that Article 12 of the Convention (dealing with marriage):

enshrines the traditional concept of marriage as being between a man and a woman [and] cannot be construed as imposing an obligation on the Contracting States to grant access to marriage to same-sex couples (§ 96).

In addition, and contrary to the plaintiffs, it found that no consensus in favour of same-sex marriage exists in Europe because only ten of the 47 signatories to the Convention have legalised same-sex marriage.

While the ruling still leaves it up to signatory countries to decide what form marriage should take in their legal systems, it makes it harder for campaigners to argue that same-sex marriage is a ‘fundamental right’ let alone “the civil rights issue of this generation”.