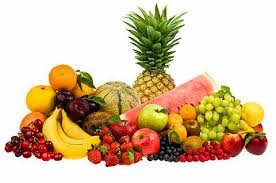 For many of a certain generation in Ireland oranges are a special fruit. They bring back a memory from their schooldays – to an essay in the prose anthology on their English literature course. It was A.A. Milne’s short dissertation on this tasty fruit – entitled “Golden Fruit”.

Today, in our very confused way of thinking about equality we would probably proscribe rather than prescribe this quirky little essay if anyone ever suggested that it might be put back on the school curriculum. You see, it discriminates. It tells us that for A.A. Milne – he of Winnie the Pooh – “of the fruits of the year I give my vote to the orange” and concludes his first paragraph by saying that “Bread and butter, beef and mutton, eggs and bacon, are not more necessary to an ordered existence than the orange”. Heavy discrimination indeed.

But don’t get him wrong. He values other fruits and puts the wonderful little cherry second only to the orange. But he does make a choice – although for many the cherry’s pleasures will be their thing. For others it will be the ultra-healthy banana, the fruit that they say has everything.

However, the big problem with all this is that we are discriminating between things when we should, by virtue of post-modern ideology, be treating them all as equal – and equality understood as signifying that there is not an iota of difference between them.

They are equal in one sense, in that they are all fruits. They are not equal insofar as they are each their own sweet, juicy, somewhat bitter thing respectively. By virtue of those differences we treat them differently. We peel and orange. Try peeling a cherry and you will look rather silly. Some people eat their kiwis, skin and all. Others prefer not to. Try eating a banana without removing its jacket and you will know all about it.

And so to marriage. The most fundamental bond between us all in this world should be love – and there are, thankfully, some blessed people among us who truly do love everyone. But if they do, they do so in an ordered way and discriminate between each of those they love according to their nature and needs. The expression of their love follows on that discrimination in ways appropriate to each – loving their husband or wife in one way, their children in another, close friends in another and their neighbours in yet another. Discrimination is not a dirty word. It is a product of human reasoning. The dirt comes if the particular outcome is unkind, unjust and unreasonable.

The love of two people of the same sex can probably have the same emotional intensity as that between couples of the opposite sex. When, however, it is sexually expressed there is no parallel between the potential biological consequences of the two. Both may have a powerful unitive force but only one has the potential for procreation of the species. This makes all the difference and demands that we distinguish between them, for the sake of individuals and for the good of society.

This differentiation is not based on what we might call an “equalitative” discrimination. It is, however, a difference which we will ignore at our cost. If our language ignores these realities by calling the formal recognition which societies give to each by the same name of “marriage”, we will cripple our intelligence and our capacity to think reasonably about things, and these things in particular.

Oranges are not the only fruit, as Jeanette Winterson reminded us. Despite A.A. Milne’s expressed preference for them, they are not even necessarily the best fruit, but if we insist on calling cherries oranges what kind of pickle are we all going end up in?

One thought on “Oranges, cherries and equality”