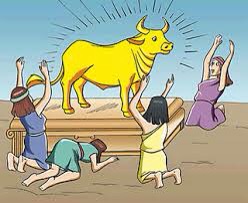 Even as a (gay) atheist, Matthew Parris writes in this week’s Spectator, I wince to see the philosophical mess that religious conservatives are making of their case. Is there nobody of any intellectual stature left in our English church, or the Roman church, to frame the argument against Christianity’s slide into just going with the flow of social and cultural change? Time was — even in my time — when there were quiet, understated, sometimes quite severe men of the cloth, often wearing bifocal spectacles, who could show us moral relativists a decent fight in that eternal debate. Now there’s only the emotional witness of the ranting evangelicals, most of them pretty dim. How I miss the fine minds of bishops like Joseph Butler, who remarked drily to John Wesley: ‘Sir, the pretending to extraordinary revelations, and gifts of the Holy Ghost, is an horrid thing, a very horrid thing.’

So, wearily and with a reluctance born of not even supporting the argument’s conclusion, let me restate the conservative Catholic’s only proper response to news such as that from Dublin last weekend. It is that 62 per cent in a referendum does not cause a sin in the eyes of God to cease to be a sin.

Can’t these Christians see that the moral basis of their faith cannot be sought in the pollsters’ arithmetic? What has the Irish referendum shown us? It is that a majority of people in the Republic of Ireland in 2015 do not agree with their church’s centuries-old doctrine that sexual relationships between two people of the same gender are a sin. Fine: we cannot doubt that finding. But can a preponderance of public opinion reverse the polarity between virtue and vice? Would it have occurred for a moment to Moses (let alone God) that he’d better defer to Moloch-worship because that’s what most of the Israelites wanted to do?

Read all of his searing satire here.