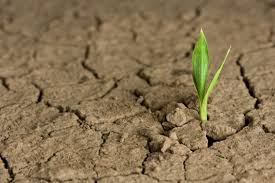 The U.S. Supreme Court ruling that same-sex “marriage” is a constitutional right will have sweeping and unpredictable consequences for U.S. jurisprudence, cultural norms and religious freedom.

But they also expressed resolve that the decision would not discourage their efforts to preach and teach the truth about marriage and to advance respect for the institution as a union of one man and one woman committed to the care and education of children.

We should all be glad to hear that. They will suffer for it but hopefully that will not deter them.

Dawn Stefanowicz is one of six adult children of gay parents who filed amicus briefs with the US Supreme Court, asking the Court to respect the authority of citizens to keep the original definition of marriage: a union between one man and one woman to the exclusion of all others, so that children may know and may be raised by their biological parents. They ignored her – so now she is warning United States citizens, as well as Irish Republic citizens, to prepare for what will follow: the erosion of their religious freedoms.

She lives in Canada, where same-sex marriage was federally mandated in 2005.

I am the daughter of a gay father who died of AIDS, she writes. I described my experiences in my book: Out From Under: The Impact of Homosexual Parenting. Over fifty adult children who were raised by LGBT parents have communicated with me and share my concerns about same-sex marriage and parenting. Many of us struggle with our own sexuality and sense of gender because of the influences in our household environments growing up.

We have great compassion for people who struggle with their sexuality and gender identity—not animosity. And we love our parents. Yet, when we go public with our stories, we often face ostracism, silencing, and threats.

I want to warn America to expect severe erosion of First Amendment freedoms. The consequences have played out in Canada for ten years now, and they are truly Orwellian in nature and scope.

In Canada, freedoms of speech, press, religion, and association have suffered greatly in the aftermath of its federal mandate. Because of legal restrictions on speech, if you say or write anything considered “homophobic” (including, by definition, anything questioning same-sex marriage), you could face discipline, termination of employment, or prosecution by the government. Stefanowicz spells it all out in detail here.

So where do we stand – the Irish, the Americans, the French (their next government may have the courage and the wisdom to reverse the Socialist folly of Hollande), the British? Life is certainly not going to be easier for the community of all those of any faith or no faith who have some inkling of, and try to live by, the laws of nature properly identified and defined.

In the end of the day what happened yesterday in the US is that one more State has moved one step further in removing its support from the community of Faith and Reason and conceded ground to the community of emotion, feeling and pleasure. The laws that some states are now making for mankind are disastrous and will have disastrous consequences for individuals and for society in years to come.

Those who foresee the disasters threatening our civilization have now to seek to protect and save as many as they can from the impending catastrophe – and I am not the only one to use these terms. The State is making it more difficult for us to do this – but our ancestors 2000 years ago, and the Jewish people before that were up to it so we can do it also.

We have to continue loving the victims of these disasters – even though they may be complicit in what is being inflicted on them and us. But we must also try to teach what is wrong in all this. Just now it seems that it must begin, and begin with great hope and optimism, in each family. Then those families must help and give strength to each other and organize themselves in whatever way seems best and most effective to sustain this strength and purpose.

Friends, a husband and wife, have just returned from Brussels where they attended a conference on family. The stories of the fantastic work being done all over Europe are, they say, amazing and really encouraging. There is great reason for hope. The dramatic pace of change has been a massive wake up call.

All this has to be seen as an opportunity to deepen and grow stronger. Every Christian among us should remember what things must have looked like from the Cross and from around the Cross thirty-three years into the first millennium.