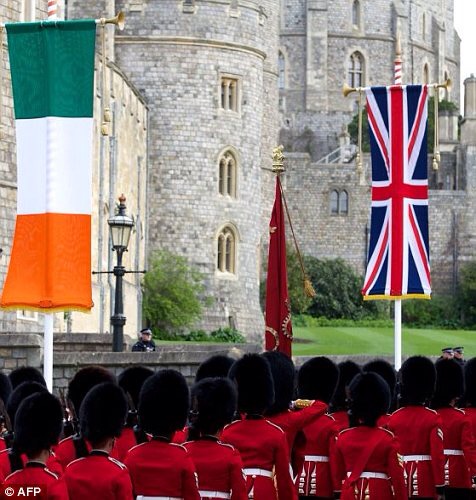 There’s no better way, Rowan Light writes of W. B. Yeats’ famous poem, Easter 1916, to understand the history and people of Ireland, or rather of many “ Irelands”.
The poem tells us of Ireland’s 1916 revolt which led to the sundering of the United Kingdom of Great Britain and Ireland:

A Terrible beauty is born.

The “ terrible beauty” of 1916 is its raw imaginative power, Light writes in a very perceptive and balanced essay on the subject of that revolt and the current commemoration of it in Ireland, just posted on MercatorNet.com. He describes it as “a tabula rasa which provides for the myriad interpretations as presented during the centenary.
”
This myriad incorporates: “the duality of republicanism and constitutional nationalism; the rebels of Easter 1916 and the soldiers of the Somme; victims of British colonialism and willing partners in the building of empire; the traditions of the north and south; and so forth. The Easter Rising was as much a conflict between these many Irelands – a foreshadowing of the civil war – than it was a rejection of British rule.”
He finds it very appropriate “that the centenary commemorations were inaugurated by a rendition of Danny Boy, symbolising both reconciliation – a song written by an Englishman beloved by nationalists and unionists, Catholics and Protestants alike – and the shattering of modern life; the haunting lyrics of tragedy and doomed love – ‘tis you must go and I must bide – speaking eloquently of a fragmented people, long riven by violence, diaspora, and history itself.”
He might also have noted some irony in the fact that the music which accompanies this lyric is an old traditional Irish melody – known to the Gaelic Irish as the Derry Air, but to the Unionist Irish as the Londonderry Air. The Londonderry/Derry divide is still a potent symbol of the 17th century colonisation of Northern Ireland, from which Ireland’s still-lingering discontents derive their origin.
This fragmentation, he writes perceptively, “is also symbolic of Ireland today: politically and morally fragmented. The country’s main political parties originate from the two sides of the civil war, and remain too bitter to negotiate a stable government in the national interest. Taoiseach Kenny, the leader of Fine Gael, a party of conservative, Mass-going Catholics, pursues an agenda of gay marriage and abortion liberalisation (One parliamentarian admitted that the rebel leaders “ would have probably been perplexed” by the marriage referendum). Notions of republican sovereignty strain under the increasingly tenuous economic and political union of Europe.”
Finally he asks:
“What then is the significance of the Easter Rising? Clearly, it’s complicated. The centenary tells us a lot about the crisis of modern life as much as the uncertain foundations of Irish nationhood. When people are less and less able to agree on common values, they look for salvation in founding fathers and their Proclamations, Declarations and Constitutions. Modern commemoration is an attempt to claim that space, created by the state but given its imaginative power by the people, for a new conversation, a retrieval, of what it means to be human; to be connected to community and the world around us. If the centenary of 1916 has taught us anything, it is this: what that world will be is up for debate.”
Recalling T. S. Elliot’s The Waste Land we might apply these lines from
The Fire Sermon:

Hardly aware of her departed lover;

Her brain allows one half-formed thought to pass:

As Light says, evaluating the significance of Ireland’s revolt “is compicated”. For some there was so much ambivalence in this celebration of its centenary that it leaves them uneasy – wanting to commemorate something that had elements of the heroic but also something in which there was a serious moral ambiguity; something that for the majority represented their national myth but for a minority was a symbol of a threatened oppression. Hopefully we can now get back to real life again and recognise that, whether you liked it or did not like it, it happened and cannot be changed. The truth is that Ireland’s fortunes are still intricately tied to the future and the fortunes of the United Kingdom and the new threat to her well-being and prosperity – and the unity of the Island of Ireland – again hinges on what the British are going to decide on 23 June.
Read Light’s full analysis here.
Rowan Light is a post-graduate student in history at the University of Auckland, in New Zealand.