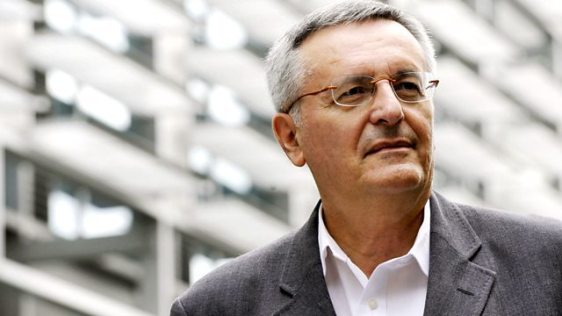 The philosopher John Gray argued on BBC Radio last week that Brexit will have a greater impact on the EU than it will on the UK. And he predicts the British experience is likely to be repeated across much of continental Europe over the next few years.

There is much that is compelling in his analysis.One of the most salient points he makes is that the underlying causes which led to Brexit are not to be found in England – or in Britain – but in the EU itself. This is a project which, by overreaching itself, will unravel disastrously unless these are honestly addressed and resolved.

I think what he is saying is that it is time for the promoters of the European project to stop dreaming of a superstate and become more pragmatic. Then we can all get back to living real lives and feel free again.

That this feeling of freedom has evaporated and left  a sense of loss of sovereignty in a number of European countries is dangerous. The do-good idealism inherent in the European project has failed to translate into reality in the hearts of Europeans. Failures like that are often not just unfortunate. They can be dangerous. The resentment generated by failed well-intentioned experiments can be the seed-bed of very dangerous reactions. The theory of this project is not enough, no matter how confident its champions may be that it is working in practice.

Is there at work here an example of  what Tolstoy wrote in War and Peace? He was commenting on the German, General Pfuel, fighting for the Czar. He described him as “one of those hopelessly and immutably self-confident men, self-confident to the point of martyrdom as only Germans are, because only Germans are self-confident on the basis of an abstract notion – science, that is, the supposed knowledge of absolute truth.”

At first sight, Pfuel, in his ill-made uniform of a Russian general, which fitted him badly like a fancy costume, seemed familiar to Prince Andrew, though he saw him now for the first time. There was about him something of Weyrother, Mack, and Schmidt, and many other German theorist-generals whom Prince Andrew had seen in 1805, but he was more typical than any of them…

Surely this is a sentiment not too far from that of General Pfuel?

Could it be that this self-assurance of Pfuel – or Martin Schulz – is what permeates the European project for “ever-closer union” and that a growing number of those living within the borders of this block are now beginning to feel repelled by it – because they know that it is as ill-fitting for them as the Russian uniform which Pfuel found himself inhabiting? Might it be that the citizens of the best-organized state in the world, paraphrasing Tolstoy,  always knowing what they should do and knowing that all they will do as  Englishmen will undoubtedly be correct – have made the right call on this?