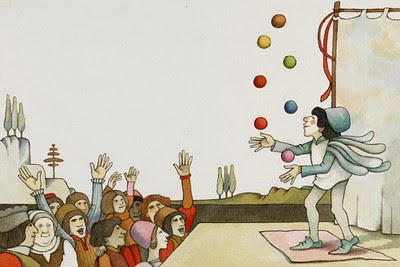 Bob Dylan’s in the news. I couldn’t help thinking of him the other day when I read this:

Dylan believes that. In his famous 1984 Rolling Stone interview he said, provocatively as he often is, and enigmatically as he also often is:

I believe in the Book of Revelation. The leaders of this world are eventually going to play God, if they’re not already playing God, and eventually a man will come that everybody will think is God. He’ll do things and they’ll say, “Well, only God can do those things. It must be him.”

That might remind you of something someone else said not so long ago – someone at a considerable remove from where you might expect to find Bob Dylan on the spectrum. This was what Republican Senator Rand Paul, (Kentucky) said in support of the pro life movement:

For 43 years, a few unelected men and women on the Supreme Court have played God with innocent human life.

They have invented laws that condemned to painful deaths without trial more than 61 million babies for the crime of being “inconvenient.”

So, one wonders about those four demon angels at the Euphrates. Have they arrived? The valley of the Euphrates, or thereabouts, is one part of the world where there are men and women playing God just now. If we add a few more from around the world – well, maybe we will not get as far as a third of mankind killed, but we are certainly on a bad road trip.

Dylan is a truly special kind of human being. He deserves the Nobel Prize. If you don’t think so listen to him again. Forget the cant about him not writing poetry and start thinking outside the box. There is no Nobel Prize for music. There should be and perhaps this is the best place to start. In terms of lyrics Dylan’s worst efforts – and there are not too many in that category – can be pretty bad. But at his best he can really fill you with awe and wonder.

If the Nobel Commitee was going to look into the world of popular culture for creative souls who have opened windows, given people things to think about which will help them better understand the human condition, they could do much worse than this – they might have chosen the Rolling Stones.

In that long interview with Rolling Stone – I hope this is not getting confusing – he showed some of the depths of his spirit. He also showed how essentially humble the man is. He was asked about all the labels he’s been burdened with over the years.

People have put various labels on you over the past several years: “He’s a born-again Christian”; “he’s an ultra-Orthodox Jew.” Are any of those labels accurate?

Not really. People call you this or they call you that…. I would never call it that, I’ve never said I’m born again. That’s just a media term. I don’t think I’ve ever been an agnostic. I’ve always thought there’s a superior power, that this is not the real world and that there’s a world to come. That no soul has died, every soul is alive, either in holiness or in flames. And there’s probably a lot of middle ground.

What is your spiritual stance, then?

Well, I don’t think that this is it, you know — this life ain’t nothin’. There’s no way you’re gonna convince me this is all there is to it. I never, ever believed that. I believe in the Book of Revelation.”

You’re a literal believer of the Bible?

Are the Old and New Testaments equally valid?

Do you actually believe the end is at hand?

I don’t think it’s at hand. I think we’ll have at least 200 years. And the new kingdom that comes in, I mean, people can’t even imagine what it’s gonna be like. There’s a lot of people walkin’ around who think the new kingdom’s comin’ next year and that they’re gonna be right in there among the top guard. And they’re wrong. I think when it comes in, there are people who’ll be prepared for it, but if the new kingdom happened tomorrow and you were sitting there and I was sitting here, you wouldn’t even remember me.

When you meet up with Orthodox (Jewish) people, can you sit down with them and say, “Well, you should really check out Christianity”?

Well, yeah, if somebody asks me, I’ll tell ’em. But, you know, I’m not gonna just offer my opinion. I’m more about playing music, you know?

There is something very attractive about that simplicity, that mixture with faith and unpretentiousness – harking back to another famous interview with a journalist away out of his depth. Dylan ended by saying something like, “I’m just a song and dance man”, God’s juggler, as it were.

It is not that Dylan doesn’t express his views. He does, and sometimes quite strongly. It’s that he does so with a readiness to pull back from any suggestion of arrogance. His lyrics have been prophetic but he will not accept the mantle of the prophet. He detaches himself from them, he will even say that in instances he did not really know what some lines meant when he wrote them. He leaves us to read them for ourselves and work out their meaning. In that there is something of the quality which a true artist, a true genius, often touches, the quality of mystery which is essential in all great art. The Academy has done well this time round.