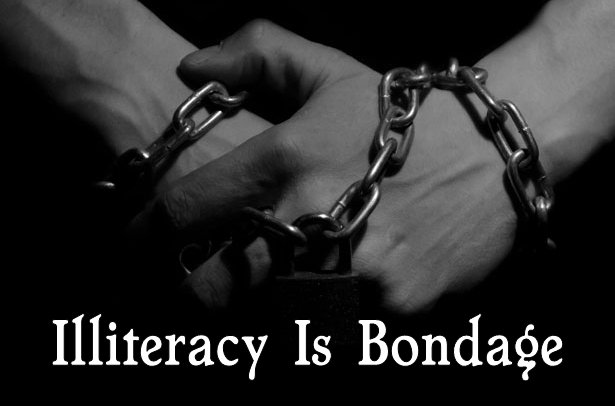 If illiteracy is bondage, the moral variety is even more so. The moral illiteracy of our age is astounding. It is revealed yet again in an Irish context in the controversy surrounding a well-known radio journalist, George Hook, who found himself suspended from his job for asking a simple question with insufficient delicacy. In fact, the delicacy was not the real issue. It was that he asked the question at all.

Mr Hook also said: “There is personal responsibility because it’s your daughter and it’s my daughter. And what determines the daughter who goes out, gets drunk, passes out and is with strangers in her room and the daughter that goes out, stays halfway sober and comes home, I don’t know. I wish I knew. I wish I knew what the secret of parenting is.

“But there is a point of responsibility. The real issues nowadays and increasingly is the question of the personal responsibility that young girls are taking for their own safety.”

Noeline Blackwell, CEO of a Rape Crisis Centre, said Mr Hook’s comments were problematic, wrong, and entirely irresponsible. “When someone is raped the only person responsible is the rapist.”

Chris Donoghue, the group political editor at Communicorp, a media company that owns the station Hook works for, tweeted about his colleague saying, “Someone needs to go to town on Hook. It’s disgusting.”

A day or two later he tweeted again saying: “Thanks for msgs, I’m not trying to be a hero or outspoken. It’s a basic thing for everyone to stand for. Rape is never a victim’s fault.”

This is moral illiteracy – showing a total and wanton ignorance of the rational concept of moral culpability, or lack of it.

Put simply and taken out of the sordid context of rape, if I see a “Beware of the dog” sign and, after ignoring it, get badly bitten, at best I am a fool, at worst I am morally culpable of negligence relating to my bodily integrity. If I get into a car with a drunk behind the wheel do I not have to ask myself some questions about my common sense, my moral sense and certainly my sense of responsibility with regard to my own safety and well-being? If my companion drives off the road I will not have perpetrated that act but my injuries – possibly my death – will be a witness to my gross imprudence as well as to the driver’s criminality. Perhaps the moral ignorance which makes people think otherwise comes from the widespread equating of legality with morality.

Camille Paglia, Laura Kipnis, cultural critics and feminists who talk a lot of sense  about drinking on campus have made themselves very unpopular with the moral illiterates.

“If you’re to going drink 11 ounces of liquor, that’s destructive on a lot of levels. In terms of self-protection, you just cannot know what’s going to happen when you’re comatose,”  Kipnis argues in her new book, Unwanted Advances: Sexual Paranoia Comes to Campus. She also makes the point: “To say that women don’t have to be part of the solution is almost perverse.”

Paglia’s new book, Free Women, Free Men: Sex, Gender, Feminism, reprises previously published essays. A professor of humanities and media studies at the University of the Arts in Philadelphia, she suggests less boozing and more “take-charge attitude” might spare young women from rape – or what she described in a 2014 Time article as “oafish hookup melodramas arising from mixed signals and imprudence on both sides.”

Then we had an older and a wiser Chrissie Hynde, founding member of the rock band The Pretenders telling us in her 2015 memoir Reckless that she’d been raped by a biker gang member at the age of 21. The moral illiterates found it incomprehensible that  the singer blamed herself for “playing with fire,”

Poor George Hook thought he might get away with adding his tuppence-worth of moral wisdom to all that. Little did he know the depth of ignorance he would have to contend with as the moral illiterates bayed for his blood and attempt to destroy his career with relish?