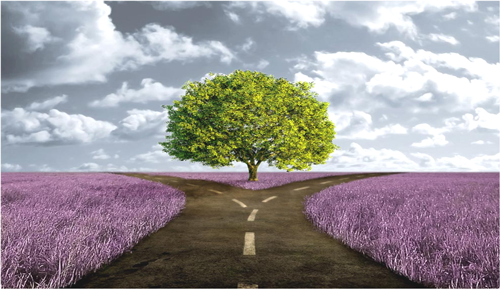 It’s almost over. The world’s media, which has been observing this cold civil war from a distance with growing curiosity for the past three or four months, is now descending on this little island to shine its spotlight on the victors and the vanquished. Ireland’s people go to the polls on Friday, not to elect a new parliament but to express its sovereign will to its existing parliament on a matter of life and death.

In doing so it will, in a constitutional referendum, tell its Government one of two things: either that it wishes to be part of what we might consider mainstream 21st century modernity, or that it wishes to swim against that particular current and declare that all human life is sacred and that, from conception to death, the right to life of each human being in its jurisdiction must be vindicated.

All wars are – to understate the case – unpleasant. Civil wars are especially so. In most wars you face your enemy on the battle field. In civil was you live and work side by side, rub shoulders, share train journeys with those who become your adversary. Believe me, there is something gut-wrenching about that.

Ireland is no stranger to civil war. The body count in the civil war which followed the victory which brought it legislative independence from Britain was greater that the war of independence itself. This civil war, although cold in character, is about an even more fundamental issue – the very right to life itself of the unborn.

In 1983, a far seeing group of ordinary Irish people perceived the cultural shift which was taking place in Western social values. The US Supreme court had made its judgement on Roe Vs Wade. The parliament in the neighbouring but considerably more influential island of Britain had legalised abortion, not with the intention of providing abortion on demand but in fact doing just that. They could see no guarantee that an Irish legislature, more influenced by a liberal national and international media than by the views and values of ordinary Irish people, would not follow the same path.

They made and promoted a proposal whereby an amendment would be made to the Irish Constitution guaranteeing the equal right to life of mothers and their unborn children – the very right which both British and American legislation had taken away. Cleverly seizing a moment in which the balance of party politics was fragile, they succeeded in getting an undertaking from legislators that such a proposal would be put to the people in a referendum. By something in the region of a two thirds majority of the electorate the proposal was accepted and became a foundation for the law of the State.

A significant proportion of the dissenting one third has, one might say, not had a decent night’s sleep since. Decade after decade they have organised themselves to undermine the will of that majority. Further referendums were held, court decisions were made which complicated matters, the United Nations and the European Courts were marshalled to rail against it. Opinion polls suggest that they have now swung the majority of Irish people against the right to life of the unborn. Friday’s poll, the only poll that counts, will confirm or refute that assessment. In the referendum the people are being asked, “yes” or “no” if they wish to remove the article from the constitution which was placed there thirty-five years ago.

The Irish Government, composed of a coalition of liberal conservatives and some quite left-wing independents, is campaigning for its removal, saying that because a significant number of Irish people go to Britain for abortion, the article has failed to do what it was intended to do. With the exception of some left-radical parties, there is no party whip in place and people and politicians opposing removal of the article argue that on the contrary, even with those travelling abroad for abortion, Ireland’s constitutional protection of the unborn has saved a hundred thousand lives since 1983.

The protagonists in this battle know that it is just that – a battle. The war of which it is part is a more universal one. Hence the interest of the international media in the outcome. For the Irish themselves they know that if the 21st century social warriors win, the next stage will be surrogacy, gender redefinitions and much more, all in line with the international cultural Marxist agenda.

The defenders of life will have to cope with that as best they can – but they will not go away quietly. Should the defenders of life win on Friday they know that they still have their work cut out for them to win back the minds and hearts which they have lost over decades of erosion by the media and the political establishment. They are up for it. They know that there will be no resting on laurels as they did after their 1983 victory.

One thought on “Ireland at a crossroads”