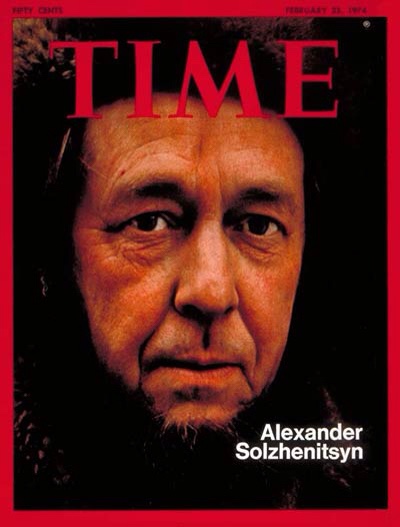 On June 8, 1978, a man with a craggy face and a beard came to Harvard University, where I was then a graduate student, to give the annual commencement address. The man was not a Harvard graduate. He was not a professor. He was not an American. He did not speak English. His address, given in his native Russian with simultaneous English translation, was not universally well-received. I suspect that some Harvard officials regretted their decision to invite him to speak.

The man’s name was Aleksandr Solzhenitsyn. He was a brilliant novelist who had spent several years as a political prisoner in the gulag in the Soviet Union. He was a strong Orthodox Christian and a fierce critic of atheistic communism and Soviet tyranny. His writings had exposed the corruption, cruelty, and injustice of the communist regime that had come to power in Russia in the Bolshevik Revolution of 1917 and would remain in power until 1989—a regime that had enslaved its own people and reduced those of many other nations to serfdom under puppet governments. It was a regime as totalitarian and as murderous as the Nazi regime in Germany, which the U.S. and Britain had allied with the Soviets in World War II to defeat.

In 1978, the Cold War was raging, and the U.S. was still reeling from its humiliation in the disastrous war in Vietnam. Anti-Americanism was flourishing both abroad and at home. Many Americans—particularly young Americans—had lost faith in their country, its institutions, its principles, its culture, its traditions, its way of life. Some proposed communism as a superior system; many suggested what came to be known as “moral equivalency” between American democracy and Soviet communism. By 1978, to suggest such equivalency had become a mark of sophistication—something to distinguish one from the allegedly backward hicks and rubes who believed in the superiority of the American to the Soviet system. There were many such “sophisticated” people at Harvard. And Aleksandr Solzhenitsyn came to Harvard to confront them and others.

His speech was not, however, an encomium to America or the West. On the contrary, it was a severe critique—one might even say a prophetic rebuke—and a warning. Of course, Solzhenitsyn did not argue for the moral equivalency, much less the superiority, of the Soviet system. He hated communism in all its dimensions and he loathed the gangsters who ruled the Soviet empire. What he faulted America (and the West more generally) for was its abandonment of its own moral and, especially, spiritual ideals and identity.