Even if one considered it as another magnificent literary artifact, one among many other great letters from the ancient world, surely the perennial prophetic ring of this would signal that it is different. Why does this letter lead us to ask some overwhelming questions, what is it all about, why was it written and how does it mean something to us today, making millions of people read it again and again?

It is St. Paul writing to the Roman Christians about “the remnant of Israel” whose companions they are. All those who have, down through the ages and in our own age, doggedly tried to remain true to the graces given to them are part of this same remnant.

He then talks about Elijah and how in his frustration this prophet pleaded with God to punish the faithless Israelites.  Elijah moaned to his God, “Lord, they have killed your prophets, they have demolished your altars, and I alone am left, and they seek my life”. But God was having none of it, telling him, “I have kept for myself seven thousand men who have not bowed the knee to Baal.”

“So too”, Paul then reminds the Romans, “at the present time there is a remnant, chosen by grace,” His words surely resonate with meaning for our own time when he says, “Israel failed to obtain what it sought. The elect obtained it, but the rest were hardened, as it is written,   ‘God gave them a spirit of stupor, eyes that should not see and ears that should not hear, down to this very day.'”

Christians today, faced with the accumulation of pseudo-wisdom in which modernity and post-modernity prides itself, can be reminded and encouraged by these words that come from God’s revelation to mankind. They remind us that this “spirit of stupor” has been mankind’s constant affliction and an ever-present threat to happiness and well-being, earthly as well as eternal. But from both history and in the unfolding of this same revelation we know that this spirit of stupor has never prevailed – no more than the gates of hell have – and never will.

We need this encouragement – and may need it more if the fears of people like New York Times columnist, Ross Douthat, are even partially realized. As readers of this column in Position Papers and the Garvan Hill blog will know, even to the point of trying the patience of some, I pay a good deal of attention to Mr. Douthat and generally find myself in agreement with him.

At the end of last year he delivered the Erasmus Lecture in New York, an event sponsored by the magazine, First Things. The lecture, entitled A Crisis of Conservative Catholicism, was published in the magazine last month.

Now there is no doubt but that there are people who are by their disposition conservative. Although it is a corruption of the true meaning of the word, by this it is generally meant that they have an aversion to change. As such this is an unhelpful term when we are looking at those whom Douthat was addressing in his lecture – essentially Catholics with a strong commitment to the defined teaching of the Catholic Church as it has developed over two millennia. Faithful Catholics are not averse to change as such. They first ask “what is changing?” and then decide their stance, for or against.

Leaving aside the baggage which this term brings with it, the lecture itself has provoked a lively debate among Catholics in America. Douthat himself has now begun to respond to some of those who have taken issue with his analysis of the situation of the Catholic Church in what is now called “the era of Pope Francis”.

Essentially he is saying – regardless of the actual teaching of Pope Francis – that the movement within the Church which in the past identified with what was called the “spirit of the Second Vatican Council”, and which some would say paid little attention to the actual teaching of that Council, has now got a new lease of life.  Not only that, but this movement is now threatening to destabilize the unity and orthodoxy established painstakingly in the Church during the past two pontificates. This for many was well illustrated by all the shenanigans – still going on – surrounding the two recent synods on the family.

Extrapolating from Douthat’s analysis, it is as though the opening of the windows of the Church which was attributed to St. John XXIII is now paralleled by Pope Francis’s commitment to an evangelization of the peripherary. One reading of history says that the post-conciliar moment was seized on by heterodox theologians to pursue an agenda not consistent with the actual teaching of the Council. A reading of the current moment is that the same is happening again in the open atmosphere of Pope Francis’ papacy. Heterodox elements are fighting hard to regain ground lost over the past thirty-five years.

One response to the Douthat’s lecture, in two installments, came from Professor John Martens in the Jesuit magazine, America. Martens is a professor in St. Thomas University in Minnesota. Although he was not among them, this institution was well represented among the signatories to an outrageous and arrogant letter sent to the New York Times questioning the paper’s editorial judgment and the columnist’s right to be commenting at length on Catholic theological issues.

Douthat, in his response to Martens, talks about the fears provoked in him by the implications he draws from the latter’s championing this newly revitalized heterodox movement. Having read what he describes as Professor Martens’ “learned, sincere, respectful response to my columns” he says

“We clearly have some religious common ground, but in other ways the professor and I just seem to occupy very different belief structures, very different places on the continuum of Christianity — and the distance is great enough that our differences can feel less like an intra-Catholic argument and more like a kind of inter-denominational dispute.

“Thus my sudden fears for the church’s unity, in the years of Francis and under papacies to come. Divisions there will always be, but these divisions are simply deeper than I had (fondly? naively?) imagined. And nothing in Catholic history suggests that the church is exempt from Jesus’s warning about a house divided or from the consequences when those divisions can no longer be denied.”

Those words about being on “very different places on the continuum of Christianity” are reminiscent of a passing remark made by Joseph Ratzinger – written while he was still just that – in his little autobiographical volume, Milestones: Memoirs 1927-1977. In it he was reflecting on those early years of the Second Vatican Council and the development of his own ideas, rubbing shoulders with other priest-theologians involved in the Council as advisors. Among these was Fr. Karl Rahner. Rahner was one of those who very definitely went with the flow of the “spirit of Vatican II”, indeed many would say was at the head of the flow. Ratzinger wrote in that book of his gradual realization that he and his colleague, Rahner, were theologically on different planets. 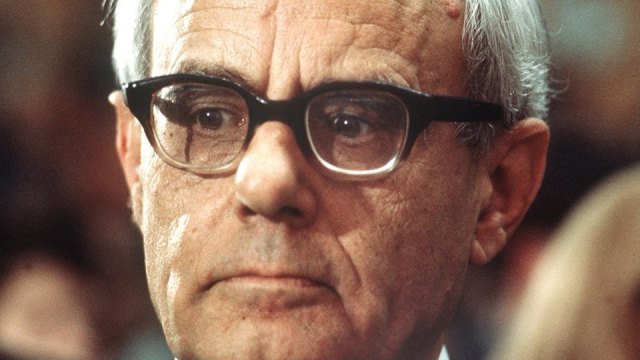 In the era of St. John Paul II and his successor, now no longer Joseph Ratzinger but Pope Benedict XVI, one of those two planets seemed to have receded to an outer orbit of the Church. It would now seem, for better or worse, to be back in play in the history of Catholicism again.

Clearly and emphatically we have not reached the “End of History”, neither for Christianity nor for any other dimension of our lives. With the advance of the nones in the Christian world – those who in surveys about religious affiliation profess themselves as belonging to no denomination, – we may be looking at a coming struggle between two claimants to the title of “remnant of Israel”.