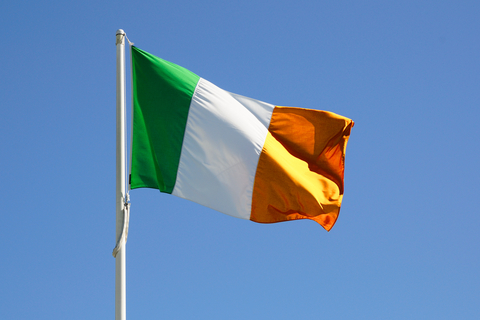 Irish freedom for what?

There is something perverse afoot – and it is not anything new.

Google alerts for ‘pro-life’ / ‘abortion’ give a truly depressing picture of Irish media bias on the subject. The vast – and that means 90+ per cent – bulk of native (Irish) coverage on the subject is pro-abortion, relentlessly so. The only pro-life coverage – stories like the one below – come from life sites. Some come from the British press. They never, ever, appear in Irish media. Why?

This morning, as Dublin prepares for one of the biggest marches it will see all year, the only alert for news of this comes from LifeNews.com. All the Irish media alerts are advocating abortion.

With dishonest, unfair and shameless coverage like this being given to the Irish people what does the so-called freedom and independence they were supposed to have won in the early part of the last century really mean? They are planning to celebrate it next year. Is there really anything to celebrate?

From the LifeNews report:

The pro-life nation of Ireland is at a crossroads. The door has already been opened slightly to legalized abortion and dozens of unborn babies have been killed in abortions under a law that goes against peer-reviewed medical research showing abortion increases a woman’s suicide risk rather than alleviates it.

Now, abortion campaigners are pushing to open the door to abortion even further in Ireland by legalizing even more abortions — such as abortions in cases when the baby is severely disabled or has been diagnosed with a condition like Down syndrome.

Amnesty International have launched a global campaign demanding Ireland legalise abortion, a move pro-life activists say has motivated many to attend the Rally for Life on Saturday (today).

“People are appalled at Amnesty’s stance, especially those who previously supported the organisation”, said Niamh Ui Bhriain of the Rally for Life Committee. said. “They point out that Amnesty can no longer claim to be a human rights organisation since they trample on the rights of the most vulnerable members of the human family – unborn children.”

“At the Rally for Life we’ll be calling on people to ‘Abandon Amnesty’ because they support the death penalty for unborn children. That means withdrawing funding, and asking others to do the same. That means switching support to organisations who genuinely speak up for all human rights – including the right to life.”

She said that it was particularly disturbing to see Amnesty and the UN join other abortion campaigners in cynically targeting unborn babies with a profound disability and attempting to dehumanise babies with conditions such as anencephaly in order to justify abortion.

“The Rally for Life is always a major celebration of Life, and this year’s theme emphasises that legalising abortion for any kind of a disability leads to the horrific situation we’re seeing in many other countries, such as Britain, where 90% of children with Down Syndrome are aborted before birth,” said Ms Ui Bhriain.

Kevin Trainer, who has Down Syndrome, will travel from Louth to be at the Rally with his family. His mother Anne says that Kevin “goes to school every day with a massive smile on his face. He lights up every room he walks into. His father says Down Syndrome should be called Up Syndrome”.

“It breaks my heart to read that more than 90% of babies with Down Syndrome are aborted in Britain,” she said. “We don’t want Ireland to follow this example. And we don’t want our law to be changed to say that its ok to abort any baby with any disability. Saying that abortion should be legal for children with a disability is the greatest discrimination of all and we should say No to that.

“Most Irish people would be shocked to learn that legalising abortion for babies with a disability leads to these horrifying statistics of 90% of babies with Down Syndrome being aborted*, and most people of goodwill believe that we should provide better support to people with disabilities rather than simply eliminating them before birth. We’re seeing the number of women travelling for abortion to Britain fall, we’re seeing more and more young people join the pro-life movement, and we’re seeing that there is always a better answer than abortion,” she said. “The government needs to respect the most fundamental right of all for people with disabilities, the right to life.”