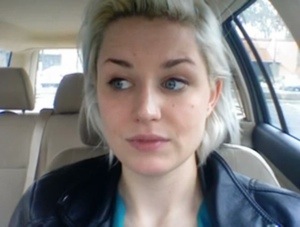 When does a pro-abortion, pro-choice, pro-death-of-babies campaign end up being a resounding pro-life potential game-changer? Answer: when a pro-choice campaigner does something as crazy as Emily Letts did in producing a video of her own killing of her own child and pretending that it is a celebration of life. She must be in deep denial and out of her mind not to see that this is a revolting spectacle of inhumanity which can only serve to bring a large percentage of women who might be in two minds about abortion running into the pro-life camp.

As Freddy Gray says in the current issue of The Spectator, the signs are that the pro-choice ayatollahs have really lost the plot. Can it be that they see something coming down the tracks for which they have no answers. Could it be the movie that is being made about mass-murderer Kermit Gosnell – and realise that their credibility as human beings is running into the sand?

Perhaps something bigger is happening here, though, Gray speculates. He may be hitting the nail on the head. He writes:

The pro-choice side seems to be slowly losing the argument and they are freaking out about it. Spain is reversing its liberal abortion laws and British feminists are outraged because not enough people here are outraged. In fact, polls suggest that people, especially women, are increasingly uncomfortable with the number and legal status of abortions in this country. The old pro-choice chestnut that ‘no woman takes the decision to abort a child lightly’ sounds facile in a world in which millions of foetuses are snuffed out each year and more and more women have ‘repeat’ abortions.

Science has changed our perceptions, too, in a way that undermines the pro-abortion position. Imaging technology shows that foetuses, even at a very early stage of gestation, are far more than just lumps of inconvenient cells. Medical advances mean that pre-term foetuses are more ‘viable’ outside the womb than ever before.

Lies, half-truths and twisted language have been central to the pro-choice since the beginning. What is “pro-choice” but a half-truth? Choice can only be valued in the context of choices made. In itself it has no useful meaning.
Emily’s desperately sad lie, that in her heart she can rejoice in the extermination of the life she bore within her, is surely evidence that this culture of death is not only destroying the innocent unborn but is also driving people mad.