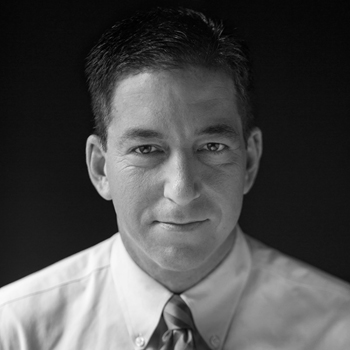 Glenn Greenwald, one of the journalists who helped give us the full picture – well, a fuller picture anyway – on Edward Snowden (firstly on American PBS’ FRONTLINE and then on the documentary, Citizen Four, now issues these somewhat somber warnings about the machinations of the CIA and its manipulation of the US media.

The serious dangers posed by a Trump presidency are numerous and manifest. There is a wide array of legitimate and effective tactics for combating those threats: from bipartisan congressional coalitions and constitutional legal challenges to citizen uprisings and sustained and aggressive civil disobedience. All of those strategies have periodically proven themselves effective in times of political crisis or authoritarian overreach.

But cheering for the CIA and its shadowy allies to unilaterally subvert the U.S. election and impose its own policy dictates on the elected president is both warped and self-destructive. Empowering the very entities that have produced the most shameful atrocities and systemic deceit over the last six decades is desperation of the worst kind. Demanding that evidence-free, anonymous assertions be instantly venerated as Truth — despite emanating from the very precincts designed to propagandize and lie — is an assault on journalism, democracy, and basic human rationality. And casually branding domestic adversaries who refuse to go along as traitors and disloyal foreign operatives is morally bankrupt and certain to backfire on those doing it.

Beyond all that, there is no bigger favor that Trump opponents can do for him than attacking him with such lowly, shabby, obvious shams, recruiting large media outlets to lead the way. When it comes time to expose actual Trump corruption and criminality, who is going to believe the people and institutions who have demonstrated they are willing to endorse any assertions no matter how factually baseless, who deploy any journalistic tactic no matter how unreliable and removed from basic means of ensuring accuracy?