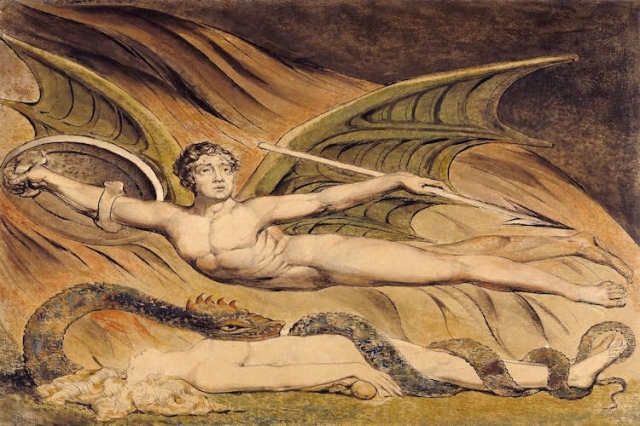 Mainstream media doesn’t talk too much about the Devil. That is probably because they don’t believe much in anything that they can’t see, touch, taste or hear. He is happy enough with that. He is happy so long as they give plenty of publicity to the things he does – or the things which he can get us poor mortals to cooperate with him in doing while he remains in the shadows. The media do plenty of that. In fact, doing it is a fair share of their bread and butter.

But the Pope does talk a good deal about the Devil – and did so again last week. Again, the mainstream media did not pay too much attention. It is a pity – for he was getting close enough to accusing them of cooperating with this great Deceiver.

Vatican News reported that in a homily during his Mass at Casa Santa Marta on 11 September, the Pope told bishops that they seem to be under attack from the devil. He said: “In these times, it seems like the Great Accuser has been unchained and is attacking bishops.”

The pope was not defending the crimes or misdemeanors of anyone. He was indeed saying that what had been done by ministers of Christ’s Church – which Christians believe is Christ’s own Mystical Body – was something far greater than crimes and misdemeanors. They were sins. “Sins”? That’s another word that doesn’t appear very often in mainstream media.

The Passion of the Christ, Mel Gibson’s searing account of the 24 hours over which Christ’s arrest, trial and execution took place is, for many, very hard to watch. That is a pity. It teaches a very valuable lesson – showing, as it does, the true consequences of sin. Crimes and misdemeanors are the constructs of human lawmakers and are measured by the offence they give to man. Sin is measured on a scale which transcends the laws of man. It is on a scale which for its atonement required all the sacrifice portrayed in The Passion – and even that did not reach the infinite depth of the terrible thing that sin is.

Crimes against humanity are terrible, but ultimately they are terrible because they are sins – offences to, denials of, the loving, merciful and infinite God. Their origin is always to be found in one source – the one who first denied that God, the “father of lies”, whose burning passion is to make us all follow in his footsteps.

Knowing very well the words of Sacred Scripture, “If we say that we have no sin, we are deceiving ourselves and the truth is not in us”, (1. John 1. 8), Pope Francis said in that homily, “True, we are all sinners, we bishops.” But the Devil “tries to uncover the sins, so they are visible in order to scandalize the people. The Great Accuser, as he is described in the first chapter of the Book of Job, ‘roams the earth looking for someone to accuse’”.

This is calling it as it is. Remember these words: “it must needs be that scandal comes – but woe to him through whom it comes.” Yes, woe! The great dilemma for any journalist as he confronts wrong-doing in this world, the evil that men do, is how to justly report this and at the same time not do more evil by reporting it. There is no question but that justice often requires the reporting of injustice. But doing so with integrity makes onerous demands on those who choose to carry this responsibility.

If, for you, the Devil is a figment of our the imagination then what the Pope is saying will be a great deal of nonsense. But if Lucifer is part of the real world then these are words which should have been spoken long ago about the nature of the times we live in. The prophets of old spoke words like these to the elites of their time. One third of the meaning and function of the office of the Vicar of Christ on earth is to do the same. As such, he is Priest, Prophet and King. That was the symbolic meaning of the triple crown popes used to wear. The crown may be a thing of the past. The meaning of the office remains what it always was.

Many of the prophets of old were killed for exercising their teaching role – which is what prophesy is all about. Who was behind their killing? Who is behind every martyrdom? Christians have an answer to that question and they know it to be true by virtue of the Faith which they profess.

Evil has never been absent from the world. It never will be absent until the “end days” when it will finally be vanquished. The world recognises evil but does not recognise it for what it is, Evil. Men cooperate in and with Evil but we fool ourselves in thinking that we are the sole agent in the evil actions we perpetrate. We are not.

We might hope that these words of Pope Francis, the Supreme Prophet of our time, will awaken from slumber those who profess to know that the Great Accuser exists but go about their business as though he didn’t. If they read the signs of his existence a little more carefully they might be in a better position to convince those who do not profess a faith in anything – other than their own judgment – that something else is needed to unravel the evils we have to confront.

The best way for bishops to fight the evils around them, he added, is by being men of prayer who remain close to the people, and who have the humility to remember they were chosen by God. He went on to say that prayer is “a bishop’s consolation in difficult times,” because “Jesus is praying for me and for all bishops.”

“Let us pray, today, for our bishops: for me, for those who are here, and for all the bishops throughout the world.”

Now, even as he spoke these words calling for a spiritual response to the evils the Church has been beset by, the Pope is diving in with hands-on measures to deal with the institutional malaise apparently affecting many of those who administer – and those who have mismanaged – the affairs of the Church. Catholic leaders from around the world will assemble at the Vatican this next February for a summit to finally contend with the global crisis of sexual behavior of clerics. Leaders from each bishops’ conference around the world will convene at the Vatican for an emergency meeting to discuss the Church’s handling of widespread clerical sex abuse of children over the past several decades.

Don’t hold your breath if you are waiting for a similar response from all those other organiszations and institutions – state agencies, media organiszations, sporting organiszations – which have been found to harbour abusers of one kind or another . Their mea culpas are few and far between.

This unprecedented meeting in Rome in February is seen by many as showing that the Vatican is finally treating the sex abuse crisis as a global, not a localised, crisis. Of course it is global; the Great Accuser does not recognisze borders.