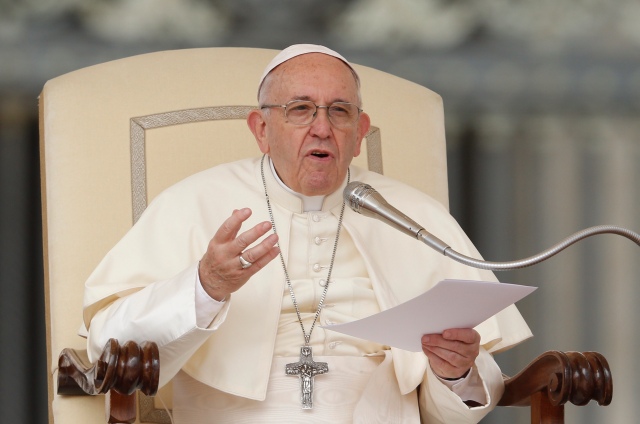 Calling it as it is. Remember these words: “it must needs be that scandal comes – but woe to him through whom it comes.” Yes woe! Pope Francis tells us the Great Accuser is trying to uncover sins to cause scandal.

If, for you, the Devil is a figment of our imagination then what the Pope is saying will be a great deal of nonsense. But if Lucifer is part of the real world then these are words which should have been spoken long ago about the nature of the times we live in. The prophets of old spoke words like these to the elites of their time. One third of the meaning and function of the office of the Vicar of Christ on earth is to do the same.

The prophets of old were killed for doing so. Who was behind that?

Evil has never been absent from the world. It never will be absent until the “end days” when it will finally be vanquished. The world recognises evil but does not recognise it for what it is, Evil. Men cooperate in and with Evil but fool themselves in thinking that they are the sole agent in the evil actions we perpetrate. They are not.

We might hope that these words of Pope Francis, the Supreme Prophet of our time, will awaken from slumber those who profess to believe that the Great Accuser is hard at work in our time. If they do they may be in a better position to convince those who do not profess a faith in anything other than their own judgement that something else is needed to unravel the evils we have to confront.