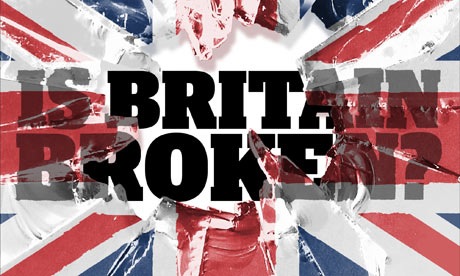 Britain’s ‘broken society’ – David Cameron’s term of a few years ago which he has since chosen to forget about – came painfully and shockingly into focus in Rotherham last week.

How broken it is and what the consequences of ignoring it will be were spelled out by an Anglican Bishop and social critic when he addressed The Christian Institute last week.

British society is facing a “tsunami of social disintegration” after decades of rampant divorce, cohabitation, fatherlessness, and family breakdown, the bishop said. Pakistani-born Bishop Michael Nazir Ali said that Britain’s current and growing problems with what politicians call “social cohesion,” are “an iceberg which is lurking to shipwreck society.” LifeSiteNews reported the bishop’s words on August 28.

Bishop Nazir Ali placed the blame squarely on the work of the decades of social re-engineering that has seen marriage demoted and degraded as a societal foundation and divorce become readily available. He faulted the skyrocketing rates of cohabitation that has seen the practice become the accepted norm in most western societies. The practice has contributed to a fundamental destabilization of society, he said.

“For the first time since records began there are now more unmarried than married people of marriageable age and the reality is that fewer and fewer couples have stable relationships,” the bishop said.